when literature and travel meet at the cul-de-sac 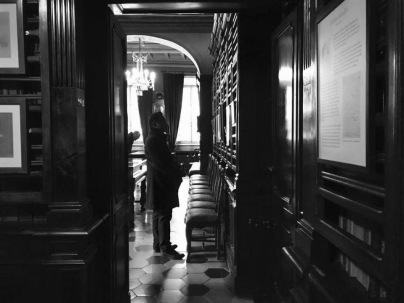 It is amazing to learn that mortality in zealous defense of its being sometimes allow you to have a glimpse of eternity.   Rome, the city along the Tiber is one place that proffered me this valuable experience to what is the texture, shape and aroma of eternity.  With the lens of a traveler who finally arrived at the gates where Caesar was hailed an emperor, my wife and I navigated the city streets untiringly.  We hit the road of cobblestones, of tourist places laid out on top of layers of histories, old piazzas that reverberate babel of sounds from mainland China, sub-Saharan Africa and migrants from West Asia.  We took note of the countless religious enclaves that dot the seat of Christendom at the same time entertained our eyes with the glitters of Prada, LV and Hermes that made this city one of the world’s fashion meccas.  As we walk and take the metro, we regaled in the thought that that nothing, not even the Ides of March could kill our ambition to savor the ancient richness, pomposity and regal beauty of this city.

Here I will attempt to enumerate those palpable and fleeting glimpses of eternity as they appear in my memory.

I always harbored in my mind that a city like Rome, the birthplace of Virgil and Dante offers some oases of literature.  True enough as my wife and I walked around the area near Via Borgognona,  we discovered the Keats-Shelley Memorial House that is home to thousands of memorabilia and manuscripts including those of the great Romantic poets Browning, Byron, Wordsworth and Wilde.  It is located beside the Piazza di Spagna and this three-story quaint house is indeed an oasis from the busy Spanish Steps of tourists and young people who stealthily have a lick of gelatto.

The Keats-Shelley Memorial House is an unassuming building and people get to dismiss it as the magnet of the place is the piazza itself.  Upon entering the building and paying 10 euros each, you walk up the narrow steps and be welcomed by the avuncular room with the famous poem of Shelley’s Ozymandias indicting all visitors on the futility of hubris.

“And on the pedestal these words appear:
‘My name is Ozymandias, king of kings;
Look on my works, ye Mighty, and despair!’
Of that colossal wreck, boundless and bare
The lone and level sands stretch far away.”

However, a profound presence enveloped me when I entered the room where Keats stayed.  John Keats, who had a deep understanding on the essence of beauty, love, sorrow, eternity and mortality seemed to be looking at me. There was a tingle in my skin that made me shiver a bit which I didn’t know how to get hold of.  Did the vintage Italian mirrors in the room betrayed those soulful eyes?  Or was it the  imperceptible glance of the bowed white head bust encased in glass?  Did I hear some somnolent sounds reciting a stanza with a raspy voice from that of an afflicted breathing? Did I hear these lines from distinctly from Ode to a Grecian Urn?

“Heard melodies are sweet, but those unheard
Are sweeter; therefore, ye soft pipes, play on;
Not to the sensual ear, but, more endear’d,
Pipe to the spirit ditties of no tone.”

In that small room with a Tuscan seatee and a golden sign on the wall that stated “in this room on the 23rd of February 1821 died Keats”, I became acutely aware of the floating words, phrases, quatrains, iambic pentameters, sonnets that inhabit the place.  There the famous six odes came flowing like the matrix of some soft filaments of discolored papers, from the ceiling, from the portraits and drawings, to the glass covered table that encased a piece of the original manuscripts left by old manuscript raiders.  I slowly walked around, and felt my shadow moving asynchronous to me. I felt lightness, the sensual movement of a pen, the soft sound of a leaf of paper falling, and the warmth of a lighted candle its flame dancing to the meters of the poem.  And as I gazed from the single window that presents the rhythm of the world outside oblivious to poetry, I sensed the sadness, the fear of dying young by this romantic poet.   These lines from Keats reverberated from Ode to a Nightingale.

“Forlorn! the very word is like a bell
To toil me back from thee to my sole self!
Adieu! the fancy cannot cheat so well
As she is fam’d to do, deceiving elf.
Adieu! adieu! thy plaintive anthem fades
Past the near meadows, over the still stream,
Up the hill-side; and now ‘tis buried deep
In the next valley-glades:
Was it a vision, or a waking dream?
Fled is that music:—Do I wake or sleep?”

A thought came to me as I went out of the room and lingered at the Salone of panelled woods.  If the proverbial angel of death and the local authorities at that time were successful in scraping and burning all the things in the room where Keats breathed last, there must be something that would approximate eternity.  And this hit me profoundly from the poem Endymion.

“A thing of beauty is a joy forever;
Its loveliness increases; it will never
Pass into nothingness; but still will keep
A bower quiet for us, and a sweet
Full of sweet dreams, and health and quiet breathing.”

On our way out of the building, my wife touched my right hand lovingly.  She may have noticed my long and noticeable silence.  From her iPhone, she showed me a black and white picture of Keat’s room.  A man in black coat was gazing outside, pensive in that photo.   It was me there who had seen a young poet enjoying his fame and love away from the frenzied  crowd and the sorrow of untimely death. 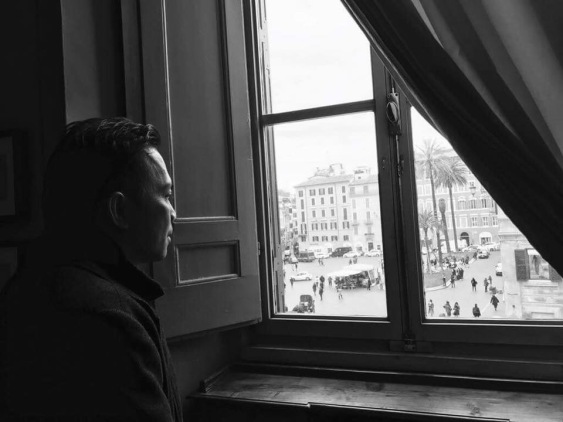 Because slow and steady wins the race? Updates every Friday!

Traditional Methodism in a Progressive World

Do Better This Year

News From A Fresh Perspective

A travel blog who shares impactful travel guides, stories and inspiration for all adventurous travellers.

Powered by ADSA (Association for Dietetics in South Africa)

Covering the cutting edge topics you care about.

bee affidavits for every small business